Monday 27 February 2012
The BMW E23 is the first BMW 7 Series luxury car, produced by the German automaker BMW. Replacing the BMW E3 large sedan, the E23 was produced for ten years from 1977 to 1987 and was replaced by the BMW E32 7 Series in 1986.
All E23 7 Series models (with the exception of the 745i) were built with the 12-valve M30 six-cylinder engine as used in the older E3 and E9 cars. Although most E23 engines were fuel-injected, two models (the 728 and 730) were available with a Solex four-barrel carburetor until 1979, when they were replaced by the fuel-injected 728i. Early fuelinjected models used the Bosch L-jetronic system while later models used the more advanced digital Bosch Motronic system.
The E23 7 series cars were very upscale and sophisticated for their time. They were the first BMWs fitted with service interval indicators, a 'check control' that alerted the driver to various system faults, and complex climate control systems. On-board computers and anti-lock braking system (ABS) were optional on early models but later became standard features. Also, later models (1985–1986) offered an optional driver's air bag. A variety of options included leather upholstery, several types of wood trim, power seats, seat heaters, and power windows and mirrors. Four-speed and five-speed manual gearboxes were available (depending on the year) and an automatic transmission was also available.
A minor styling update in 1983 affected the 'nose' of the car (the front 'kidney' grilles, valance/spoiler, bumpers etc.) as well as the dashboard and instrument panels which received updates plus (in the UK) the 735i received the Motronic 3430 cc engine (replacing the 3453 cc) and rear suspension modifications as well as numerous other minor changes. In the US, 1984 saw the arrival of the optional 4-speed automatic transmission (replacing the 3-speed unit previously offered), upgraded wood trim above the glove compartment and on the ashtray (previously plastic in all US models), electrically adjustable power seats and larger Michelin TRX radials with special TRX wheels (later standard on all 1985–1987 735i/L7 models) on the 5-speed manual models. 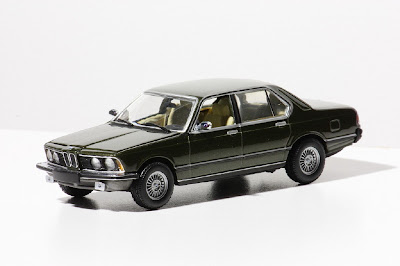 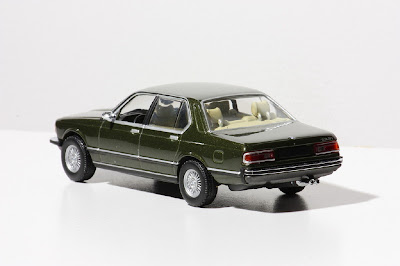 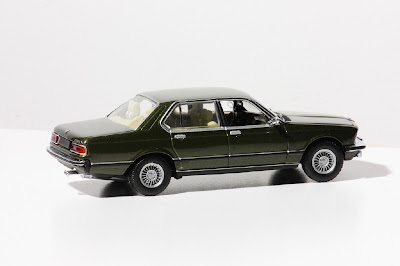 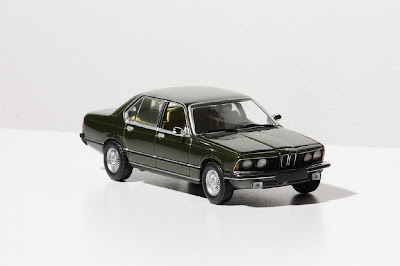 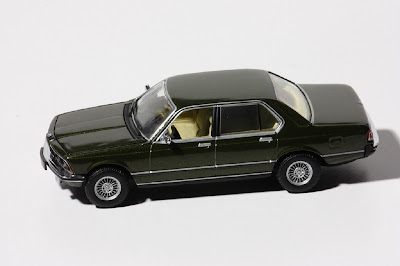 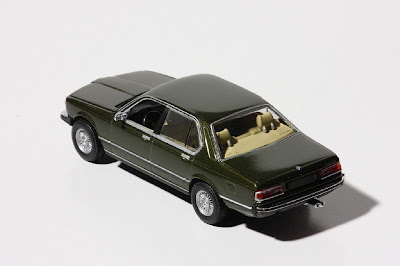 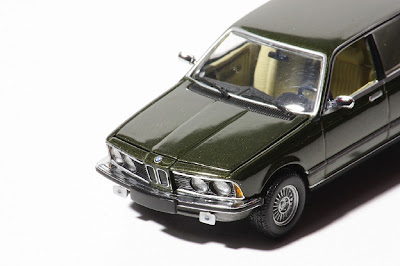 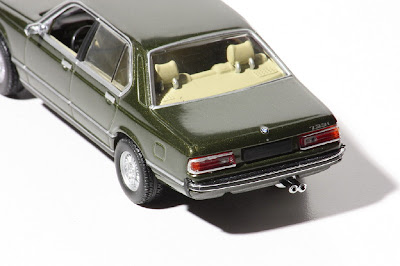 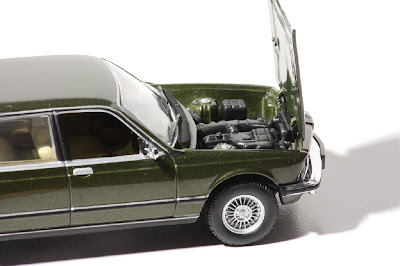 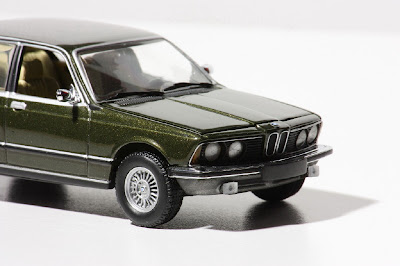 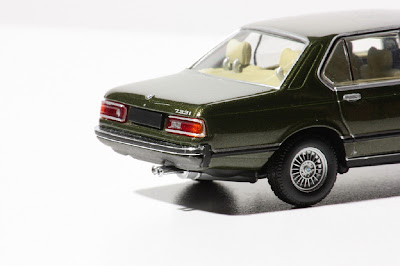