Sunday 02 September 2012
The HBR 5 model (1954–1959) was Deutsch and Bonnet's (DB) most successful project to date, with several hundred of the cars produced between 1954 and 1959. Another small series of lowered and lightened cars called "Super Rallye" occurred in 1960 and 1961. Around 660 of the Mille Miles, Coach, and HBR 4/5s were built in total.
The steel-bodied 1952 "Mille Miles" (celebrating class victories at the Mille Miglia) was a mini-GT with a 65 hp Panhard two-cylinder; it was quickly followed by the Chausson-designed and fibreglass-bodied "DB Coach", an interim car of which about 70 were built, most with Frua coupé bodywork.
About 430 of the standard HBR 5 were built, complemented in 1960 and 1961 by another ten "HBR 5 Super Rallye"s - these were essentially chopped and sectioned competition versions of the "regular" HBR 5. Later versions could be equipped with engines of 1 and 1.3 litres, and superchargers were also available. As with all DBs, excepting the early Citroën-engined cars, the HBRs were all equipped with modified Panhard flat-two engines and other technology. The HBR 5 was the second fibreglass-bodied car to have entered series production, if such a thing can indeed be said about any of DB's products - no two cars may have been alike, as they were built according to customer specifications from a wide range of options. The HBR 5 was complemented by the less sporting LeMans (1958–1964), after which the DB brand was broken up into CD and Bonnet. What had been intended to be called the HBR 6 instead became the CD-Panhard (for "Charles Deutsch") while Bonnet focused on Renault-based cars. Cars equipped with the 750 cc engine were called "HBR 4", to reflect that they were in the 4CV (tax horsepower) category of the French taxation system. The bigger engined cars were 5CV, hence their name.
The Super Rallye was lowered by 15 centimetres (6 in), had a more steeply raked windshield, a higher aluminium content, and plexiglass side windows - all in the name of aerodynamics and lower weight. In addition to the ten regular series cars, an additional car was built from a 1962 Le Mans Coach. The Super Rallye was seen in lots of racing, having partaken in the 1960 and 1961 Le Mans 24 Hours, the 1961 Rallye Monte Carlo, in the Tour de France Automobile, and countless lesser regional races. A 1960 Super Rallye with the 954 cc option (and twin Zenith carburetors) offered 72 PS (53 kW) at 6,000 rpm and a top speed of 175 km/h (109 mph). The smaller HBR 4 was also raced at Le Mans and elsewhere, often with even lighter roadster bodies. 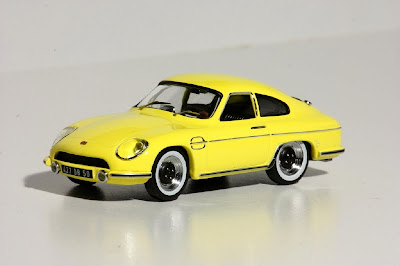 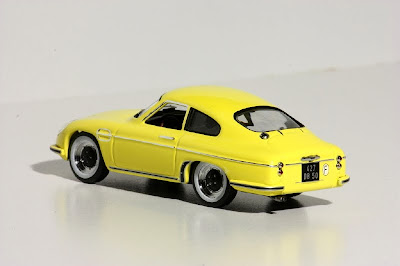 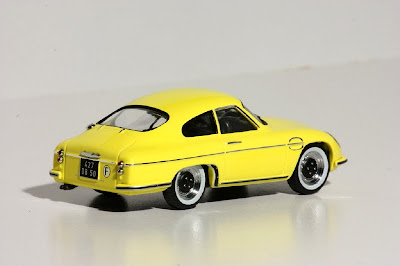 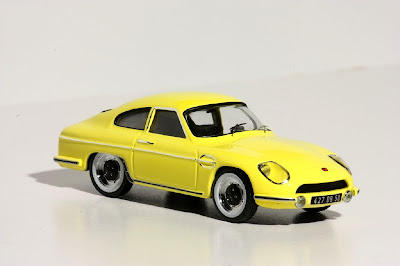 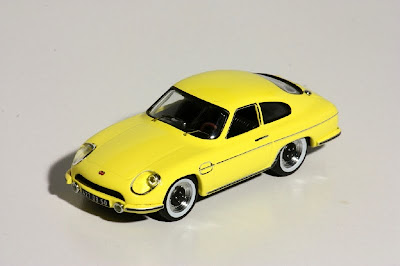 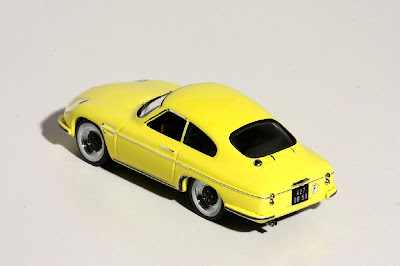 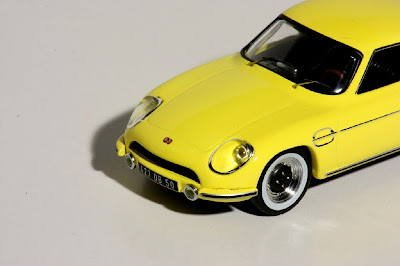 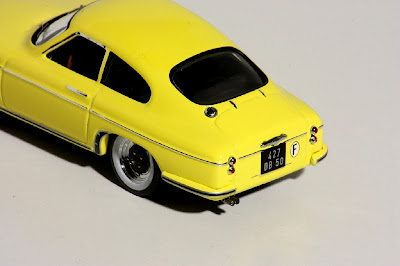 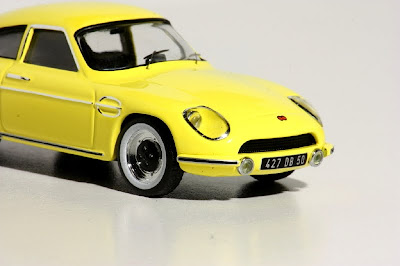 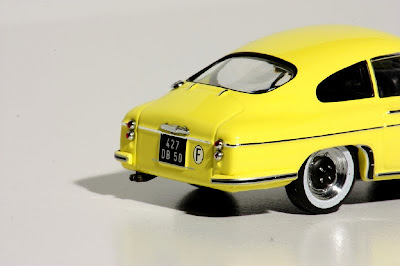 Very good model, i have one like this but the mine is blue.

Your blog pleased me, from now you can account with my presence.